Theatre Heritage Australia would like to congratulate Dr Mimi Colligan on being appointed a Member of the Order of Australia (AM) in the 2022 Australia Day Honours. 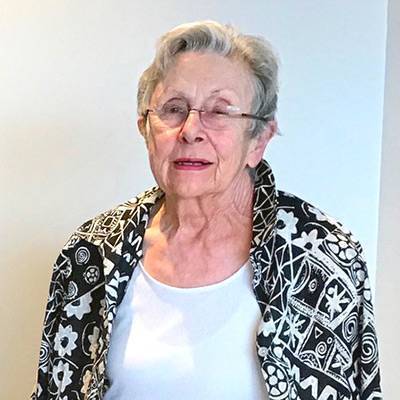 Theatre Heritage Australia would like to congratulate Dr Mimi Colligan on being appointed a Member of the Order of Australia (AM) in the 2022 Australia Day Honours.

The award has been bestowed for 'significant service to community history, and heritage preservation'.

A founding member of Theatre Heritage Australia (originally Victoria Theatres Trust) in 1995, and long-time Committee member, Mimi also served as President (2015-2017) and Vice President (2013-2015). In 2019, on her retirement from the Committee, she was presented with a THA Lifetime Member certificate.

Mimi's contribution to our understanding and appreciation of Australian history—and Australian theatre history in particular—has been profound. In addition to publishing dozens of articles in THA's On Stage Magazine, she has authored numerous books, notably Circus and stage: the theatrical adventures of Rose Edouin and GBW Lewis (2013) and Canvas documentaries: panoramic entertainments in nineteenth-century Australia and New Zealand (2002). In addition, she has contributed essays to leading Australian and international scholarly publications, presented conference papers, and curated exhibitions of theatre history.

She is a Fellow of the Royal Historical Society of Victoria; an Adjunct Research Fellow with the National Centre for Australian Studies at Monash University; a former Board Member of the International Panorama Council; and a former member of the Victorian Working Party and contributor to the Australian Dictionary of Biography.

As a champion of Australian theatre history, mentor, colleague and friend, we are delighted that Mimi’s important and continuing contribution has been recognised by the receipt of an Australia Day Award.