At THA's 11th Annual General Meeting, held on 16 May 2020, a special presentation was made to Elisabeth Kumm, in recognition of her 25 years of service to the Committee. In presenting Elisabeth with a Lifetime Membership, THA President Simon Piening spoke of Elisabeth’s extraordinary contribution to the organisation. 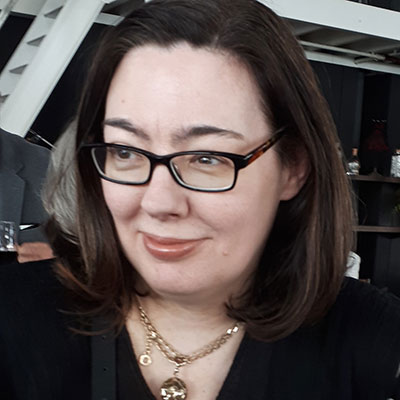 At last year’s AGM, we bid farewell to one of our founding members, Dr Mimi Colligan, who decided that after almost a quarter of a century on the committee, that it was time to step down. In this, our 25th anniversary, we thought it was only appropriate that we acknowledge the extraordinary contribution of another long serving member—indeed the last remaining founding member—Elisabeth Kumm.

In 1995, when Evan Hercules was looking to establish a new organisation modelled on the UK Theatres Trust, he got in touch with Rohan Storey at the National Trust, who recommended Dr Mimi Colligan and Elisabeth Kumm—both of whom subsequently became founding members of the newly constituted Victoria Theatres Trust.

Prior to that, in the 1980s, Elisabeth had been a founding member of City Heritage Watch, where she was involved in ‘behind the scenes operations’ to document buildings that were deemed at risk. City Heritage Watch was an alliance of professionals and interested parties that met at the National Trust, but was independent of the National Trust, who were keen to take a more active and interventionist role in preserving and documenting Melbourne’s heritage in an era when government and business mostly considered the destruction of heritage as a necessary requirement for progress. Incidentally, it was at City Heritage Watch, that she met a dashing young activist called Mark, who shared her interest in cultural heritage, and whom she later married.

Elisabeth’s contribution to the Victoria Theatres Trust and subsequently to Theatre Heritage Australia has been huge. For 25 years she has been at the very heart of the organisation.

In the early days of VTT, the main activity was publishing the quarterly VTT Newsletter, which became the On Stage Magazine in 1999, and subsequently went on to become a major performing arts publication, running for more than ten years. The first edition of the On Stage magazine lists Elisabeth as the VTT Secretary and as a member of the magazine’s editorial committee. In addition, she was a regular contributor to the magazine, including a featured column called 'Pets of the Public', focusing on ‘yesterday's heroes’—stars of the early Australian stage.

In the 1990s, along with Rohan Storey and Dr Mimi Colligan, Elisabeth curated the Lost Theatres of Melbourne Exhibition for the National Trust, which was held at the Melbourne Lower Town Hall.

In 1999, at the suggestion of Frank Van Straten, Elisabeth was appointed Editor on a new book by Viola Tait examining the history of pantomime in Australia—the result was Viola’s second book, “Dames, Principal Boys... and All That.” This led to a lifetime friendship with the Tait family, and of course when Viola began work on her memoirs, it was Elisabeth she once again turned to, to act as editor. When Viola died in 2002, her memoirs were unfinished, and indeed they remained unpublished for 15 years, until Elisabeth submitted a proposal to the THA committee to complete the work that was started all those years ago. “I Have a Song to Sing” became a major project for THA, and the book was finally published in 2019.

Elisabeth was also instrumental in efforts (along with committee members Dr Mimi Colligan and Peter Johnson) to preserve the Eastern Arcade building—better known as Dimmey’s—and previously the site of George Coppin’s Haymarket Theatre. Elisabeth, with other interested parties, petitioned Council and the Developers for the project, but unfortunately the 1980s concept of progress requiring development at all costs prevailed, and the building was subsequently demolished in 2008.

Elisabeth has contributed directly or indirectly to numerous books and articles on Australian architecture, heritage and theatre history. In 2016, her extensive knowledge of early Australian stage artists led her to publishing an article in the La Trobe Journal about performers during the First World War. She also, reputedly, has an unfinished book of her own in the works, focussing on the history of The Brough-Boucicault Company.

In the relatively brief time I have known her, Elisabeth has once again taken up the role as Secretary of the organisation; she is the Editor of the THA Newsletter and website (last year alone she co-ordinated, proof-read, formatted, edited, and sourced images for almost 50 articles); she was a major contributor to the JCW Scene Books project and the Riley/Hailes Scrapbook; as mentioned, she edited the Viola Tait memoirs; she has lead the development of the Falk Album project; she is one of our most knowledgeable and experienced researchers; and of course, she serves as director of our unofficial Social Club, coordinating our regular lunches and get togethers.

Her contribution to this organisation over the past 25 years (and counting!) is without equal.

Elisabeth, thank you. We are truly grateful for all you have done—and indeed all you continue to do—for this organisation. Theatre Heritage Australia wouldn’t be the same without you.

As a token of our appreciation, we would like to present you with a Lifetime Membership.

Read 907 times Last modified on Wednesday, 01 June 2022
Published in News
More in this category: « Mimi Colligan Award
back to top