Written by Cheryl Threadgold
CHERYL THREADGOLD first met J. Beresford Fowler in the 1950s, when, as a young girl, she was selected to play the title role in A Must for Dolly at the Arrow Theatre in Middle Park. The first in a series of articles, Cheryl tells the story of a man whose incredible optimism and enthusiasm for life was infectious, despite suffering from acute deafness and other hardships.

Born in 1893 in darlinghurst, sydney, Jack Beresford Fowler’s middle name given by his father honours the distinguished First Sea Lord Charles Beresford. A sip of ale would save the baby’s life when near death in the cradle, yet after that Jack remained a strict teetotaller because ‘I heard of so many actors ruined by drink’. His registered date of birth is 21 July, but Jack believed it should be 21 June because his mother’s friends said they never forgot his birthday as it was on the shortest day of the year. Such quirky debate would be synonymous with Jack Fowler’s colourful 79 years, dedicated mostly to his passion for theatre, sport, and literature.

I first met Mr Fowler in 1958. He had visited a Saturday afternoon class at The Alice Uren School of Stage Dancing where singing, acrobats, ballet, toe, and tap-dancing lessons had been taught since the 1920s. Alice Uren’s huge studio was located on the first floor of the Mutual Arcade in Flinders Street, Melbourne and many of her students went on to perform professionally, such as Val Jellay, Toni Lamond and Helen Reddy. Miss Uren chatted to the gentleman visitor and later told my mother that a director, Mr Fowler, had called seeking a girl to play the title role in his play A Must for Dolly (a sequel to George Bernard Shaw’s Man and Superman) to be presented at the Arrow Theatre, and I had been suggested. We were to meet with Mr Fowler at 97 Graham Street, Albert Park.

A single-storeyed Victorian terrace house matched the address, and while Dad and my young brother waited in our F.J. Holden, Mum and I were greeted at the front door by a smiling, cardigan-wearing gentleman with twinkling eyes who introduced himself as ‘J.B.’. When J.B. warmly ushered us into his compact one-room bedsitter, I instinctively sensed something special. The well-used typewriter with cluttered papers, theatrical scrapbooks and autograph albums stacked on shelves, costumes hanging on a rack and framed photographs adorning the walls formed part of a wonderful, atmospheric space enriched by Jack Beresford Fowler’s marvellous positive energy.

As we prepared to leave after the audition, actors began arriving to rehearse and Mum and I were asked to stay for at least another two hours. J.B.’s endearing unpredictability led to Dad organising driving lessons and a little Austin A30 for Mum to undertake future rehearsal runs. Until then, Dad and young brother Bernie spent rehearsal nights watching football at the South Melbourne Football Ground. A Must for Dolly, written and directed by J. Beresford Fowler, was presented by the Players’ and Playgoers’ Repertory Players on 31 October 1958 at the Arrow Theatre, Armstrong Street, Middle Park. The cast included J. Beresford Fowler, Violet Auburn, William Allen, Reg Campbell, Dawn Mott, Cheryl McPhee, Russell Johnson, Edward Jobbins, Dalene Koops and Frank Booth. 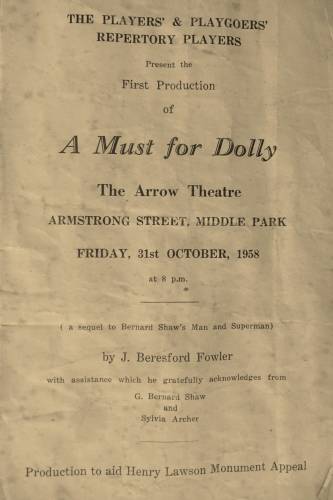 Throughout his life, Jack Fowler was an avid fan of football, cricket and the performing arts. The latter was thanks to his uncle Garnet Walch and parents Frank Harry Fowler and the former Fannie Adele Ellard. English-born Frank was a well-known musician in Brisbane who founded and conducted the Brisbane Liedertafel. Jack’s mother Fannie performed professionally during the 1870s and early 1880s as actress Ethel Adele with theatrical big names of their time such as Alice Dunning Lingard, Maggie Knight, Fred Marshall, J.C. Williamson, Maggie Moore and visiting American actor William H. Leake (Mrs Fowler’s first name officially spelt ‘Fannie’, is written as ‘Fanny’ by son Jack).

Frank Fowler died when Jack was just three months old, leaving Fannie to care for four boys. She moved Horace, Frank, Noel and Jack to Melbourne in 1896, and lived in Elsternwick, Brighton, Armadale and Hawksburn, where Jack would attend Hawksburn State School. His uncle, Garnet Walch, had dramatized Rolf Boldrewood’s novel Robbery Under Arms into a stage production for Alfred Dampier, and Jack recalled getting free seats to see his first-ever play. Jack’s first musical theatre experience was at age three in 1896, seeing the pantomime Djin Djin presented at the Princess Theatre by J.C. Williamson and George Musgrove, with music by Leon Caron and libretto by J.C. Williamson.

Fannie Fowler enjoyed Dickens, Gilbert and Sullivan, and the ‘good theatre’ of the day, as well as taking her children to the Tivoli to see Paul Cinquevalli the juggler and Dante the magician. She produced two successful juvenile productions of HMS Pinafore to augment her income, having played Hebe in the first Australian professional production. An Elsternwick performance involved the Fowler brothers: Frank as Captain Corcoran, Horace played Sir Joseph Porter, Noel was Dick Deadeye and Jack portrayed the Midshipmite. A non-singer, young Jack was hooked on theatre performance. The second juvenile production featuring Jack’s classmates from school, was presented at the Prahran Town Hall. One day Jack overheard the family Doctor talking with his mother. ‘Jack is deaf’. His mother was in disbelief, but the Doctor insisted, ‘Yes, I’m sure he is’. Jack reckoned it was not until twenty years later that outsiders noticed his deafness.

Jack’s first employment was with M.S. Sowerby’s Dental Depot in the Burke and Wills Chambers at 145 Collins Street, Melbourne, starting at 5/- per week and staying for two years. He describes ‘varying fortune’ with other dentists, including a sacking after one week ‘for not being good enough’.

In 1910, aspiring young playwright Jack Beresford Fowler‘s first play about Major-General Robert Clive, first British Governor of the Bengal Presidency, was courageously sent to J.C. Williamson producer Gerard Coventry. The play was not produced, but Mr Coventry invited Jack and his mother in to see The Catch of the Season. Undeterred, Jack submitted his next attempt, a dramatization of Alexandre Dumas’s Count of Monte Cristo. Gerard Coventry returned the manuscript twelve months later before leaving for England, encouraging ‘Master Fowler’ to persevere for success and to never give up or lose heart. 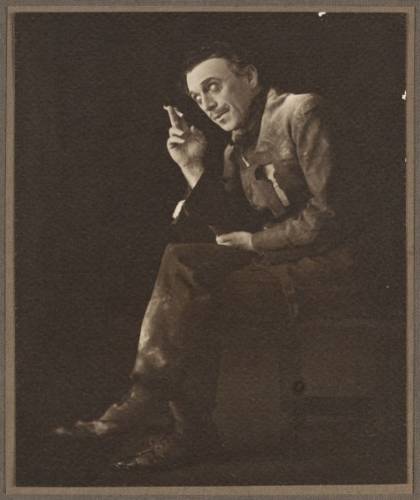 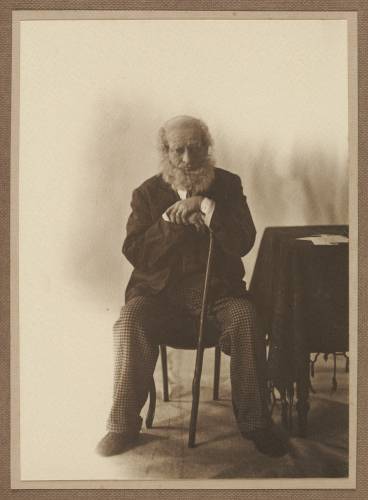 Bert Bailey as Dad Rudd in On Our Selection, c.1912;  photograph by Mina Moore

Jack Fowler performed with Gregan McMahon from 1911 to 1914. He transitioned  to professional theatre just before his twenty-first birthday, performing in 1914 with the J.C. Williamson firm in Louis N. Parker’s dramatization from Genesis, Joseph and His Brethren at the Theatre Royal. He recalled prejudice against amateurs and being introduced to producer Cecil King with: ‘This boy is only an amateur. He has played however in Ibsen.’ Mr King reasoned that Joseph and His Brethren were earlier than Ibsen and cast Jack as an Extra. During the show’s run in Adelaide, actor Godfrey Cass was missing and Jack Fowler, waiting in the wings, went on and played his scene, delighting producer King. When Jack made one hundred in a cricket match between the Theatre Royal and His Majesty’s Theatre, King shouted him a drink and Jack requested a part in the next touring production, Sealed Orders. George Musgrove invited Jack in 1914 to join Nellie Stewart’s touring company opening in Sydney, as actor and assistant stage manager in David Belasco’s Madame Du Barry and Paul Kester's Sweet Nell of Old Drury. The On Our Selection company collects for the Red Cross from a lorry through Melbourne streets in 1915.

Jack joined the company for two years playing Billy Bearup in an adaptation of Steele Rudd’s On Our Selection, touring Australian towns from Geraldton in Western Australia to Cairns in Northern Queensland. Jack also acted at Melbourne’s King’s Theatre on Easter Saturday, 22 April 1916, in the company’s reproduction of the play The Squaw Man by arrangement with J.C. Williamson Limited.

In July 1916 Jack Fowler enlisted to serve his country in World War One. On his last night with the Bailey and Grant Company, he was presented onstage at the King’s Theatre with a luminous dial wristlet watch. The inscribed message from the company wished Jack ‘the best of luck in the part you are going to play in the world’s greatest tragedy.’

Since 2005 Cheryl has been the honorary theatre writer/reviewer/review coordinator for the 'Melbourne Observer' newspaper, and presented the non-professional theatre report on 3AW for six and a half years. She convenes the Bayside U3A Writers Group,  and casts and directs the writers' radio plays for broadcast on 88.3 Southern FM.

Personal involvement in amateur theatre commenced in1958 in a play titled 'A Must for Dolly' (a sequel to 'Man and Superman' by George Bernard Shaw) written and directed by J. Beresford Fowler at the Arrow Theatre, Middle Park.

A love of amateur theatre inspired Cheryl to undertake a PhD research project with Swinburne University of Technology to explore the history and culture of the theatrical arts sector in Victoria. Her self-published book In the Name of Theatre: the history, culture and voices of amateur theatre in Victoria is based on the award-winning thesis and won the 2020 Collaborative Victorian Community History Award.

More in this category: « Actresses (Talma): Sniders and Abrahams cigarette cards Aubrey Mellor: I was serving the playwright (Part 1) »
back to top