Robert Ray at the Arts Centre 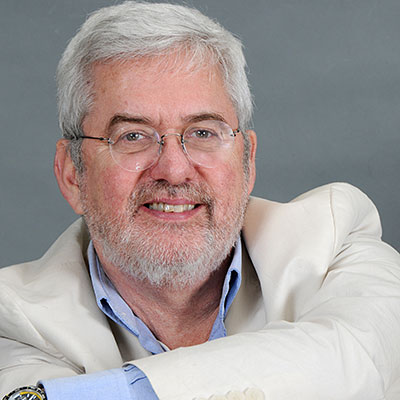 Robert RayAfter a brief but illuminating introduction by THA's Diana Burleigh, from the wings emerged our speaker for the day, Robert Ray - dancer, director and choreographer extraordinaire.

Robert spoke - with wonderful visual accompaniment - of his childhood and first encounters with theatre, and in particular, the comic operas of Gilbert and Sullivan.  We learnt about his dance training in Australia (and later in New York), his appearances in J.C.Williamson's musicals, productions such as Charlie Girl, My Fair Lady and Hello Dolly, and appearances with other companies and groups, including those in London, Western Australia and New South Wales.

These experiences led to a career in choreography - works were commissioned by various Australian and New Zealand ballet companies.  Among others, he created The Sentimental Bloke, City Dances, Three Sisters and Poems.  For this last ballet Robert chose several poems of Sir John Betjeman - set in England of the mid 1920s - and transformed them into dance poems, with music by Jim Parker.  The Poet Laureate was delighted at these visual choreographic adaptations.  Similarly, C.J.Dennis would have been delighted with Robert's Sentimental Bloke (music by Albert Arlen, arranged, adapted and orchestrated by close friend and colleague John Lanchbery), George Gershwin with City Dances and Anton Chekhov with Three Sisters!  Robert's most acclaimed work was The Sentimental Bloke for the Australian Ballet company in 1985, which also famously triumphed in Russia in 1988. 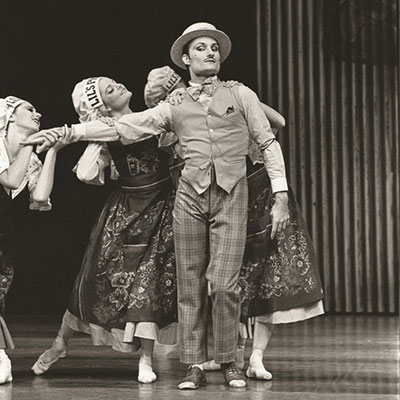 David McAllister in The Sentimental Bloke (1985)He made a second career in opera, and went on to choreograph for companies here in Australia, in Canada and America.  He worked with Dame Joan Sutherland, creating the dances in Adriana Lecouvreur, The Merry Widow and Hamlet, he directed and choreographed for Gilbert and Sullivan Victoria.  His enthusiasm for G&S was certainly bearing fruit!  Robert also regaled us with many instances of his careers' ups and downs, highs and lows, back-stabbings and shenanigans galore, all part of what Jean Cocteau called "the red and gold disease", or how he described the love of theatre.

In the late 1990s Robert joined the staff at the Victorian College of Arts and wrote and established a post-graduate diploma in classical ballet teaching.  In 2010 he was invited to New York as lecturer to staff at two major dance schools.  He recently completed four years as Artistic Director of the Joffrey Ballet School.  He continues to direct and choreograph for Gilbert and Sullivan productions both here and in the United Kingdom. Costumes by Kenneth Rowell for Robert Ray's The Sentimental Bloke (1985)Although our time was well and truly up as regards our arrangement with the Arts Centre, many of us stayed on to ply Robert with question after question over a drink (or three) in Hamer Hall's - aptly named - Bombini Buzz Bar!

More in this category: « Commercial in Confidence Lola Montez »
back to top