Written by Julian Meyrick
JULIAN MEYRICK muses on the circumstances that lead to the writing of his new book Australia in 50 Plays, his self-styled love letter to Australian drama, examining fifty outstanding plays of diverse content and style that have appeared in the 120 years since Federation. Read Cheryl Threadgold’s review.

There are many fine books about Australian drama, but Australia in 50 Plays is a book for Australian drama as well. In essence, it takes the country’s history since Federation in 1901, and reads this into fifty plays, while simultaneously reading the plays into the events, issues, zeitgeists and crises that have confronted Australians over that tumultuous 120 year stretch.

Two points emerge very clearly when you look at Australian drama in this way. The first is how closely it is related to the pulse of the country’s changing outlook, what federation journalist, and founder of the first company dedicated to Australian drama, Leon Brodsky, called ‘our national life’. Sometimes Australian drama reflects that outlook, sometimes it challenges it, or runs ahead of it. There’s nothing mechanical or predictable about the relationship, and the record is there to show an extraordinarily complex and lively marriage that has only grown more so as the years have passed, and one century has given way to another.

The second point runs deeper. In the book I call drama ‘a mode of inquiry’ and put it on the same level as academic research, public interest journalism and political debate. This is a profound provocation for a country that sees its culture firmly as a matter of ‘personal preference’ and ignores, downplays or dismisses its claim on our collective attention. Or, to put it more directly, it’s truth claims. 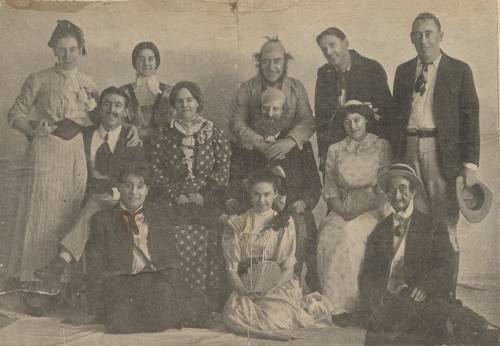 Cast for the first production of On Our Selection, Bert Bailey Company, 1912 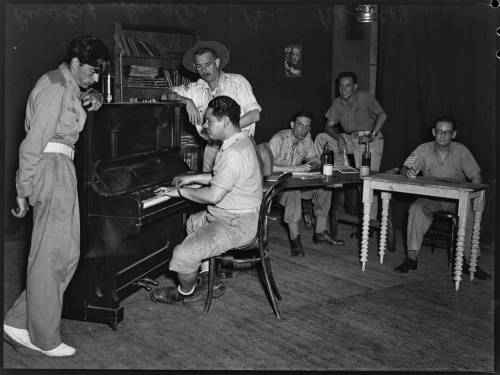 Scene from the Independent Theatre production of Rusty Bugles, 1948. Photo by Ivan.

When you write a book making the case for drama as a mode of inquiry, and argue that it deals not only with artistic representations of the world but with truths of a particular kind, then you have to show, in detail, how individual plays do this. No one who writes about research, journalism or political debate has to demonstrate their fundamental value. It’s a given. They may not live up to the ideals we have of them, but as a means of discovering more about the world, and actioning those discoveries, we accept their importance as self-evident.

This is not the case with drama, even though is a form that is around us. On every stage and screen, in every new technological format, drama makes itself felt. Computer games recycle ancient Greek myths and legends; films adapt Shakespeare’s plots and characters; the expressions of drama are forever changing. But the essence of a drama has remained a constant for over 2,500 years—a form that asks us not just to listen to a story, but to be in a story, to see, feel and understand the characters and the action close-up. A form that gives us an experience of the world, not just an account of it. What a gift! In the book, I ask

What makes drama such a bewitching form? It remains for me a deeply mysterious question, almost divine. Yet quintessentially human too. Drama’s charged domains, however abstract or surreal, are always a version of our own, an experiment with reality or the construction of a space where reality can be something other than it appears. The live stage is at once pulpit, speaker’s corner, confessional, dinner table, dreamscape, poetic reverie, prophetic vision and memory box. Everything we are, drama is also. Everything we fear, love, desire, detest and hope for, drama does too. It is the immediate artistic incarnation of the compounded predicaments of our shared, human existence.

The Writing of the book

Australia in 50 Plays was conceived, researched, drafted and published entirely during the 2020–22 global pandemic. It is a strange thing to write about Australian drama at a time when its flow reduced to a trickle, and often stopped altogether. At the start of 2021, I was remounting one of my own theatre shows for a national tour that had been twice cancelled in 2020. Almost immediately, Covid forced rehearsals online. A few weeks later, we lost our Brisbane dates when south Queensland went into a snap lockdown. In retrospect, we were lucky, given the havoc the Delta variant was shortly to unleash, that we got to perform at all.

Australia in 50 Plays tells a big story. The first chapters go from the easy, breezy charm of pre-war Federation theatre (Steele Rudd’s On Our Selection, Louis Esson’s The Time is Not Yet Ripe), through the concealed trauma of 1920s and 1930s bush plays (Betty Roland’s The Touch of Silk, Henriette Drake-Brockman’s Men Without Wives), to the crackling irony of the playwrights of the 1940s (Dymphna Cusack’s Morning Sacrifice, George Dann’s Fountains Beyond, Douglas Stewart’s Ned Kelly). I then extend my critical review to perhaps better-known mid-century realist Australian plays (Sumner Locke-Elliot’s Rusty Bugles, Alan Seymour’s The One Day of the Year, Ray Lawler’s Summer of the Seventeenth Doll) and an increasingly influential poetic drama (Patrick White’s A Cheery Soul). 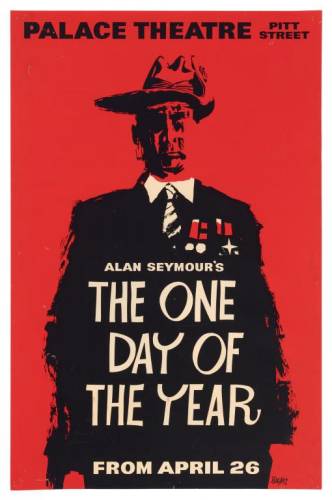 Poster for Alan Seymour’s The One Day of the Year, 1961 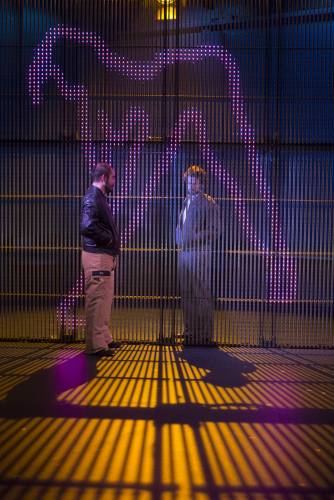 Scene from the Belvoir St Theatre production of The Blind Giant is Dancing, 2016

The latter chapters show these plays link to the revolutionary irruption of New Wave drama in the 1970s (Michael Boddy and Bob Ellis’s Legend of King O’Malley, Dorothy Hewett’s The Chapel Perilous, Jack Hibberd’s A Stretch of the Imagination), and the darker mood of Australian dramatists in the deindustrialisation and social dislocation of the 1980s  and 90s (Stephen Sewell’s The Blind Giant is Dancing, Katharine Thomson’s Diving for Pearls, Nick Enright’s Blackrock).  I also cover the extraordinary flowering of First Nations drama (Robert Merritt’s The Cake Man, Pauline Harrison’s Stolen, Richard Frankland’s Conversations with the Dead) and go up to the current pandemic asking what recent plays reveal about Australia’s changing views and values (Patricia Cornelius’s Shit, Nakkiah Lui’s Black is the New White, S. Shakthidharan’s Counting and Cracking, Glace Chase’s Triple X), and how these express—and shape—our sense of nationhood and common life.

Typically, Australian plays are catalogued according to their differences, separated into airtight historical periods, genres, and political views. I present them as an internally-connected, collective achievement, showing how Australian drama grows as a unified corpus. The features and devices Australian plays share across time—the ones they inherit from the past, and those they gift to the future – are a vital binding agent for our drama as a living artistic legacy. I read different plays into each other, sometimes ones that have never been compared before.  In this way we can see that drama is an artform not only capable of reflecting the major debates of our times, but of actively leading them.

My argument is simple, and runs through this book like the red thread that in Chinese folklore brings true lovers together: the concept of the nation is key to the shared rights and duties of Australians of all backgrounds, faiths, classes, genders and ages, and the quality of our national life is key to our sense of nationhood. In turn, this relies on the breadth, depth and imaginative capacity of our national culture, a vital component of which is our national drama.

In writing Australia in 50 Plays, I draw on three decades of personal experience as a director of Australian drama, an historian of Australian culture and an analyst of Australian politics to show how 120 years of Australian plays have helped form our sense of shared identity. As this identity has evolved under the pressures of world war, economic disruption, changing patterns of migration, and changing core beliefs—particularly towards migrants, the status of women, and the place of First Nations history and culture—Australian drama has shown itself to be a unique and powerful instrument of self-understanding. 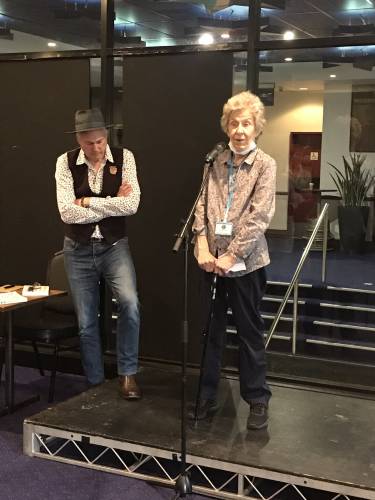 Julian with Katharine Brisbane, co-founder of Currency Press, at the launch of Australia in 50 Plays, National Playwrights Festival, March 2022 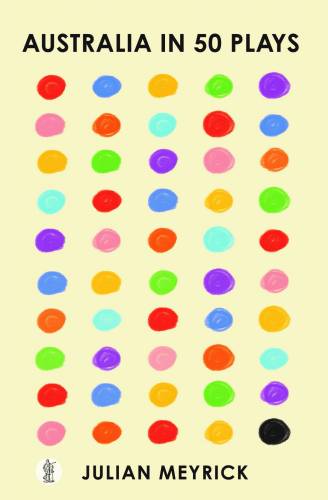 I have written this book for anyone who ever wondered why a play they have just seen continues to haunt them so strongly afterwards. I tell the story of Australian drama as a progressive history of creative effort—of a building upon the legacy of the past into the potential of the future––because that’s how playwriting as a practical craft evolves. I have tried to write an accessible account: a book to be read, not quoted from.

It is a love letter to Australian drama, and while it is full of critical observations about Australia’s lackluster post-colonial history, it ultimately affirms the great democratic values on which the federated nation was founded in 1901, ones to which we are still held to account by Australian dramatists today.

More in this category: « Dawn of The Seventeenth Doll
back to top