BOOK REVIEW: Sorry! House Full: An A to Z retrospective review of the cinemas of Sydney by Ian Hanson and Les Tod OAM; Foreword by Anthony Buckley AM 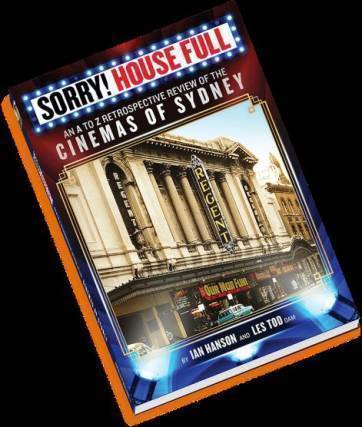 This book is an extraordinary achievement. Its 220 pages represent the triumphant culmination of seven years ‘hard labour’ by two of this country’s most knowledgeable—and resourceful—theatre historians, Ian Hanson and Les Tod OAM.

The authoritative text and more than 400 illustrations—many in colour—document around 70 cinemas in the Sydney CBD and inner suburbs. Many of these cinemas also served as live venues. Among the most notable were the Palace, the three Tivolis, the Capitol, the State, the various iterations of the Theatre Royal, the Empire/Her Majesty’s and the elegant Minerva in Kings Cross, presently the subject of a major preservation struggle. Indeed, the book is a sad reminder of how much entertainment history has been lost with the comparatively recent destruction of so many important cinemas and theatres.

A notable Sydney survivor is the Capitol, the only fully intact ‘atmospheric’ cinema left in this country. Its extraordinary evolution began in 1892 when the council built the New Belmore Markets on the site. In 1916 the building was repurposed as a circus venue, then in 1928 came its transformation into the spectacular ‘atmospheric’ Capitol cinema. After movies waned, the theatre hosted live shows but soon fell into disrepair. In 1992 a massive restoration project restored its glory, so today the Capitol is one of Sydney’s busiest live theatres. It’s currently hosting Moulin Rouge! The Musical. The Capitol’s surprising history, profusely and colorfully illustrated, is just one of the many delights to de discovered in this book.

Priced at $69.95, the book is available via the authors’ website www.SorryHouseFull.com or their email,This email address is being protected from spambots. You need JavaScript enabled to view it. 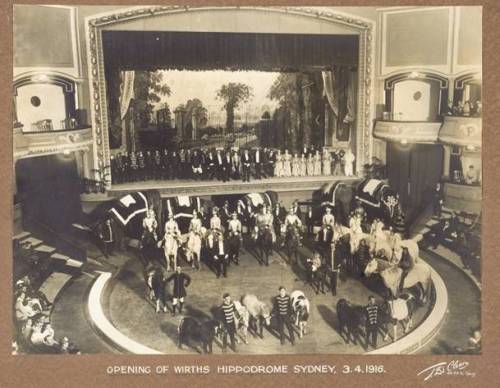 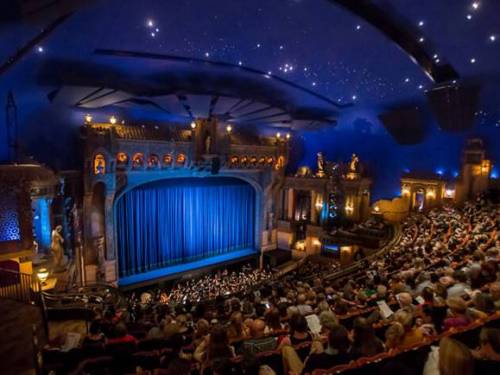 The Capitol in all is ‘atmospheric’ splendour

Over the years Frank has amassed a vast collection of Australian theatre memorabilia. He was director of the Victorian Arts Centre Performing Arts Museum from 1984 until 1993. For 15 years Frank researched and presented ABC Radio's popular Nostalgia feature over Melbourne's 774. He contributes historical articles to many theatre programs and journals. His books include National Treasure: The Story of Gertrude Johnson and the National Theatre (1994), The Regent Theatre: Melbourne's Palace of Dreams (1996), Tivoli (2003), Huge Deal: The Fortunes and Follies of Hugh D. McIntosh (2004), Florence Young and the Golden Years of Australian Musical Theatre (2009), Her Majesty's Pleasure (Her Majesty's, Adelaide. 2013), Her Majesty’s Theatre, Melbourne: The Shows, The Stars, The Stories (Australian Scholarly Publishing, Kew, 2018), and Hanky-Panky: The Theatrical Escapades of Ernest C. Rolls (2020).

More in this category: « I Have a Song to Sing by Viola Tait—e-book launch Nellie: The life and loves of Dame Nellie Melba: Book Review »
back to top