This is an extraordinary book. In its 270 well-illustrated pages, Canberra-based researcher Bill Egan uncovers the long, colourful contribution that African Americans have made to our entertainment. He starts, surprisingly, in 1788, revealing that there were eleven African American convicts in the First Fleet—including one John Randall, whose prowess with flute and drum eventually earned him a place in the NSW Regimental Corps band.

Egan then details the successive visits of around 350 African American performers until 1941, when the United States’ entry to World War Two made transpacific travel impossible. Nevertheless, Egan mentions several important more recent visitors, such as Duke Ellington and Paul Robeson, who sang for workers on the Sydney Opera House site, and Marcia Hines, who came to star in Hair—though that, as he says, is a topic for another book. And It’s not only actors, singers, dancers and musicians. Egan covers the cycling, boxing and wrestling fraternity too, pointing out that in the early 20th Century these sports were closely allied to the stage, and many of their exponents appeared on local variety bills. Indeed, entrepreneur Hugh D. Mcintosh ‘graduated’ from promoting cycling and boxing to running the Tivoli Circuit.

The book includes a full chapter on the shameful Sonny Clay affair of 1928, which is rightly described as ‘White Australia’s darkest hour’. Happily, a wonderful Sam Hood shot of the Clay band’s arrival in Sydney adorns the book’s cover. There is also a most welcome rundown of the career of George Sorlie, a West Indian who settled here and toured his own tent show around the country for many years, though Egan does not mention that Sorlie was a prolific and popular recording artist; some of his discs were still available in early CD transfers.

The book is meticulously researched but, inevitably, in a work as comprehensive as this, there are the odd slips. On page 177, for instance, there is slight confusion about the dates of the closing of Sydney’s first Tivoli and Charlie Pope’s death; and on page 186 the figures for the original Australian seasons of Show Boat are incorrect: it ran 9 weeks in Melbourne and 7 in Sydney. It’s also worth pointing out that the Sydney Tivoli pictured on page 66 is not Rickards’ Tivoli, which closed in 1929, but the second Tivoli, the so-called ‘New Tivoli’, the former Adelphi/Grand Opera House. The original mistake was made by vaudevillian Val Napier, who commissioned the sketch from British artist Nicholas Charlesworth (making sure that her father, contortionist Hector Napier, was featured prominently on the pictured ‘bills’).

More seriously, there is one major omission: the great stage and screen actress and singer Edna Thomas (1886-1974), who toured Australia with great success in 1925/6. Billed as ‘The Lady from Louisiana’, her recitals combined art songs with creole songs and spirituals—the latter being by far the most popular. A magnificent oil portrait of her by Sir John Longstaff is in the collection of the Castlemaine Art Museum.

But these quibbles do nothing to lessen the importance of Bill Egan’s remarkable work with its potent insights into an important but largely forgotten and undocumented aspect of Australian show business history. The extensive Chapter notes contain much valuable extra detail and information, and the Index is exhaustive—unlike that provided in Richard Waterhouse’s 1990 publication From Minstrel Show to Vaudeville, which pales in comparison to Egan’s work.

This eminently readable saga reflects our changing attitudes to race and our acceptance of different and evolving forms of entertainment, and it perpetuates the memory of a legion of talented performers, some of whom, fortunately, decided to call this country home.

I heartily recommend it.

Cover of a 1939 Tivoli Theatre programme featuring the Mills Brothers. 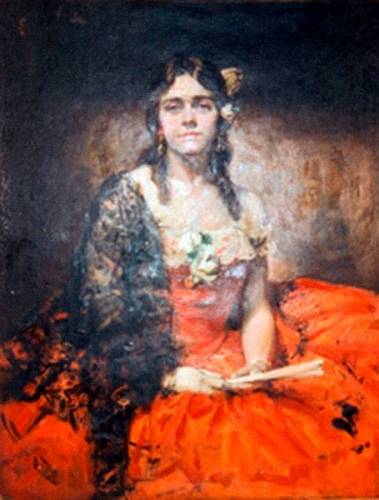 Over the years Frank has amassed a vast collection of Australian theatre memorabilia. He was director of the Victorian Arts Centre Performing Arts Museum from 1984 until 1993. For 15 years Frank researched and presented ABC Radio's popular Nostalgia feature over Melbourne's 774. He contributes historical articles to many theatre programs and journals. His books include National Treasure: The Story of Gertrude Johnson and the National Theatre (1994), The Regent Theatre: Melbourne's Palace of Dreams (1996), Tivoli (2003), Huge Deal: The Fortunes and Follies of Hugh D. McIntosh (2004), Florence Young and the Golden Years of Australian Musical Theatre (2009), Her Majesty's Pleasure (Her Majesty's, Adelaide. 2013), Her Majesty’s Theatre, Melbourne: The Shows, The Stars, The Stories (Australian Scholarly Publishing, Kew, 2018), and Hanky-Panky: The Theatrical Escapades of Ernest C. Rolls (2020).