Most people know Judith Anderson as a film actress, most notably as Mrs Danvers in Alfred Hitchcock’s 1940 thriller Rebecca. But as Desley Deacon describes in her recent publication, Judith Anderson: Australian Star, First Lady of the American Stage, Anderson’s career was grounded in theatre. From the 1920s to the 1950s she enjoyed an almost unparalleled career as a leading light on Broadway, equal to Katharine Cornell, Lynn Fontanne and Ruth Gordon.

Until reading Desley Deacon’s page-turning biography of Judith Anderson, I had no appreciation of the extent of Anderson’s stage career and status, often being praised by critics as ‘America’s greatest living actress’.

Deacon draws on many sources, including Judith Anderson’s unpublished memoir and appointment diaries, now both part of the Anderson Papers held at the University of California Santa Barbara Library, in addition to letters and newspaper reports. Deacon’s book is also informed by correspondence and discussion with people who knew Anderson. Deacon has had an interest in Judith Anderson for a long time. She has written several articles that touch on different aspects of her career and influence, and authored her biography for the Australian Dictionary of Biography (2016). This book is the inevitable culmination many years of research.

Born Frances Margaret Anderson in Adelaide, South Australia in 1897, Judith Anderson was the youngest of Jessie Margaret Saltmarsh and James Anderson Anderson’s four children. When she was six years old, her parents separated and she was raised by her mother.

From an early age, Judith showed potential as a singer and reciter, and at eleven she abandoned music to study elocution under the guidance of Mabel Kerr and later Lawrence Campbell. By 1912, she was performing in amateur theatricals, and by 1915, after the family moved to Sydney, she made her first professional appearance for J.C. Williamson Ltd in a touring company headed by matinee idol Julius Knight. Adopting the stage name ‘Francee Anderson’, she achieved some success in supporting roles, particularly Stephanie de Beauharnais in A Royal Divorce.

In 1917 she accepted a position with J. & N. Tait in the musical Turn to the Right, but this did nothing to further her career. With few opportunities in Australia and many of her actor friends departing for Hollywood, she decided that her future would be in America.

In January 1918, accompanied by her mother, she left for Los Angeles. But it was not a career in the movies that she found when she reached the United States. Anderson’s appearance was not suited to the movies of the time. Her nose was too big and her eyes too deep set. By June, she was in New York, making rounds of the theatres, but it would take several years before she would get her first break.

After her arrival in the United States, Judith Anderson’s story starts to come alive. Her friendships, her lovers, her hopes and dreams, successes and disappointments.

Off stage, Anderson was charming and funny, stylish and accomplished, ambitious and determined. She loved music and literature. She enjoyed the high-life, attending parties and dinners. She made friends easily. Not just theatre people, like Noel Coward, John Gielgud and Katharine Cornell, but writers, musicians and art collectors. Close friends included the poet Robinson Jeffers (whose adaptation of Medea was one of her greatest triumphs) and the actor Mary Servoss. But she was less successful in her choice of husbands. Her two marriages, to academic Peter Lehman in 1937 and producer Luther Greene in 1946, both ended in divorce. Though several commentators later viewed Anderson as a gay icon, there is no indication of any such liaisons, although she did have many gay women friends.

Anderson’s career as a leading stage actor grew with each successive play, but as Deacon notes, there were several pivotal roles that cemented her success. The first was Cobra (1924), followed by Come of Age (1934), Family Portrait (1939) and Medea (1947), covering the vamp, the neurotic, the mother of Jesus, and the revengeful murderer. Four very different roles that marked her rise from sophisticated leading lady to character actor to tragedian.

By the 1950s, Anderson’s Broadway appearances became fewer, due to the rise of the musical and the decrease in the number of dramas being produced and she turned to Hollywood and the new medium of television to augment her income.

It is curious that Anderson only played three major Shakespearean roles, but the three she tackled were performed with great force and poetry. In 1936 she portrayed Gertrude on Broadway opposite the Hamlet of John Gielgud. She also played Lady Macbeth numerous times: in London (Old Vic, 1937), throughout the USA (1940s), and on television (1954 and 1960). In England she was supported by Laurence Olivier and on the other occasions by Maurice Evans. During 1970-71, she achieved one of her greatest ambitions: to play Hamlet. Sadly critics panned her performance and the pared-back production that sought to place Shakespeare’s language and Anderson’s delivery at the centre was considered a ‘fiasco’.

Her last stage appearance of any great import was in 1982, when at the age of 85 she played the Nurse in a revival of Jeffers’ Medea at the Kennedy Centre in New York (and on tour), with Australian Zoe Caldwell in the title role. A film version of the production was aired on PBS in 1983.

Judith Anderson returned to Australia only three times. The first was in 1927 for J.C. Williamson, when she appeared in a round of plays that included Cobra, Tea for Three and The Green Hat. Though each of these plays had achieved success on Broadway, the focus on sex and seduction left Australian audiences cold, and what was meant to be a glorious homecoming was instead an unmitigated disaster, personally and financially.

The second time was under the auspices of the Australian Elizabethan Theatre Trust in 1955 when she toured in Medea, with Clement McCallin as Jason, and new costumes and scenery designed by William Constable.

Her third Australian visit came in 1966 for the Adelaide Festival playing in Medea and Macbeth, with James Condon as her leading man. Though the choice of venue, Elder Hall, was deemed a poor choice, the event was an artistic success.

She was in Australia for the last time in 1973 to appear in a ‘western horror’ movie directed by Terry Bourke called Inn of the Damned (released November 1975).

In December 1959, her homeland gave her a huge compliment by appointing her a Dame Commander of the British Empire, the second Australian woman in the performing arts after Melba to receive such an accolade. In 1992, just prior to her death, she received the Companion of the Order of Australia.

Judith Anderson was an amazing woman and despite being called ‘Australia’s greatest export’, is like so many figures of the past, remembered for a single achievement or not remembered at all. With this book, it is hoped that she will be rediscovered. With more than forty films, numerous television productions, and many audio recordings to her credit, it is possible to get some idea of her remarkable talent.

Desley Deacon’s Judith Anderson: Australian Star First Lady of the American Stage is one of nine finalists for the Theatre Library Association’s 2020 George Freedley Memorial Award for an exemplary work in the field of live theatre or performance.
The award will be announced in a Zoom conference out of the New York Public Library on Friday 16 October 5.30-6.30 EST (Saturday 17 October 8.30-9.30 am AEDT) 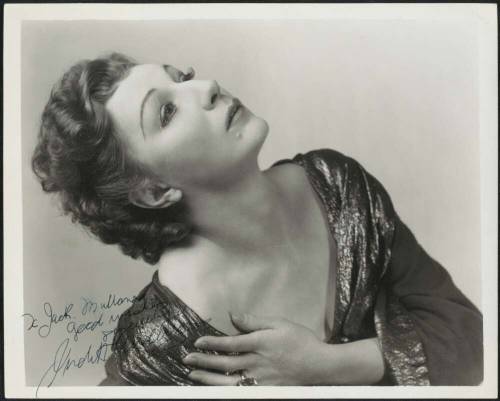 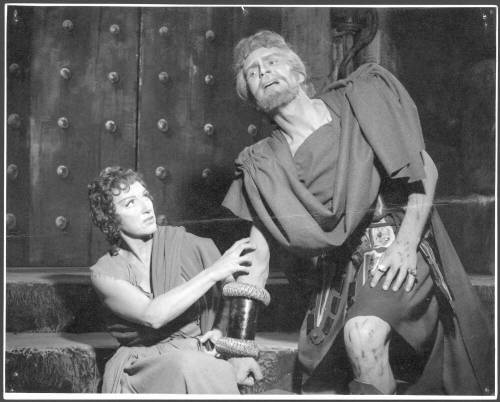 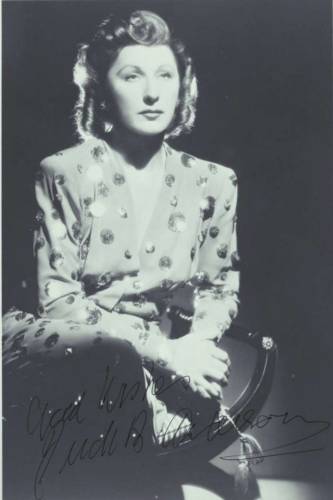