Let’s Face It! enjoyed a far more successful career in Britain than it had in Australia. Following a five month pre-London tour, which commenced at the Palace Theatre, Manchester, on 22 June 1942, the musical played for a further seven months at the London Hippodrome, after opening there on 19 November 1942, featuring a cast headed by Bobby Howes and co-starring Joyce Barbour and Pat Kirkwood. 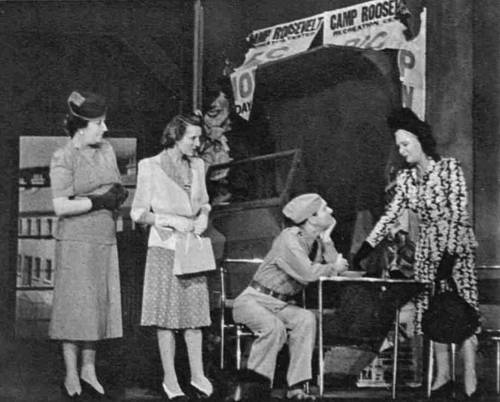 Amongst changes made to the London production was the expected omission of the Sylvia Fine-Max Leibman specialty numbers (although Bobby Howes performed his own mimed version of the basic premise of ‘Melody in 4-F’ [1]) together with the Act 2 opening ensemble ‘I’ve Got Some Unfinished Business With You’ (also missing in Australia) and the interpolation of ‘Just One of Those Things’ (a Cole Porter number originally written for the Broadway musical Jubilee in 1935 [2]) as a second Act solo for Pat Kirkwood. Other less explicable changes were the relocation of the setting of ‘Mrs. Watson’s Summer Home’ from Southampton, Long Island to Greenport, Long Island and the name of the second Act ‘Hollyhock Inn’ which was retitled ‘The Lucky Horseshoe Inn’. In place of the original Broadway orchestrations by Hans Spialek, Donald J. Walker and Ted Royal (as used in the JCW production [3]) the score was re-orchestrated by Debroy Somers, whose band also occupied the Hippodrome orchestra pit under the direction of Danny Walters. (With the stage musical’s closing on 12 June after a West End run of 348 performances, the Bob Hope Paramount film version subsequently premiered in Britain in November of 1943.) 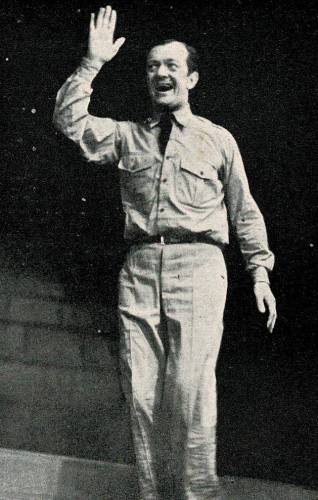 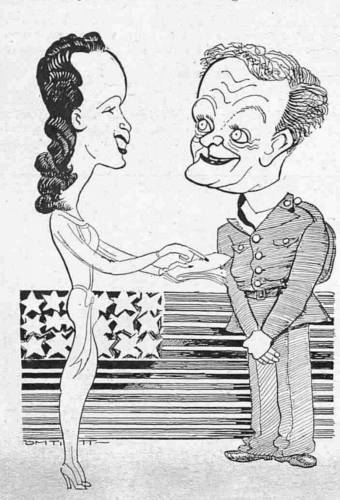 Pat Kirkwood and Bobby Howes in Let’s Face It. Cartoon by Tom Titt.

It would have to wait until the post-war years of the late 1940s before the ‘American invasion’ of both the Australian and British theatre took hold with the musicals of Rodgers and Hammerstein and the newly ‘integrated’ musical scores of Irving Berlin, Cole Porter and others that followed in their wake. 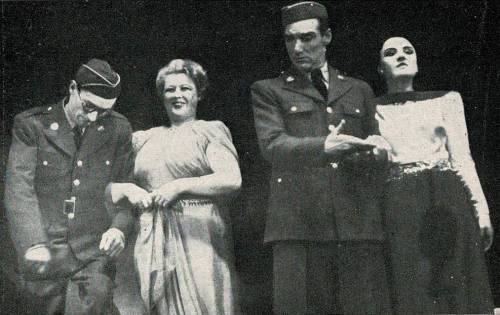 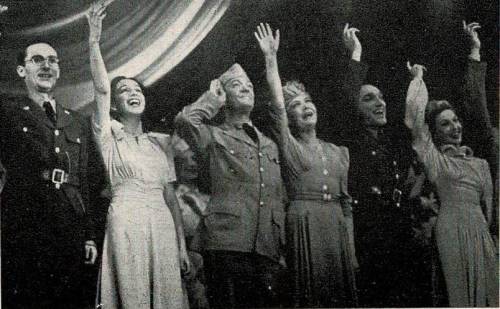 [Howes] has a brilliant scene of pure miming showing the progress of a soldier from his moment of joining, through his ‘medical’ and training, up to the day when he received his decoration for gallantry, his heart swells, and his eyes glisten.

[2] It was while he was engaged in writing the score for Jubilee that Cole Porter paid his one and only visit to Australia. Embarking on a world cruise of the Southern Hemisphere to seek inspiration for the musical, accompanied by his wife, Linda, playwright, Moss Hart (his collaborator on Jubilee) and a group of friends that included actor-director, Monty Woolley, Cole arrived in Sydney aboard the Cunard-White Star liner Franconia, when it berthed there on 4 March 1935 with a reported 250 passengers aboard. Moss Hart spent time visiting the Independent Theatre in Sydney during the stopover, but the Porters’ sight-seeing activities in the city and beyond went unrecorded, before the ship departed on 6 March en route to New Guinea and Java. 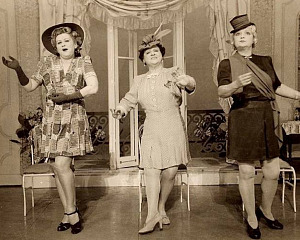 Notwithstanding the fact that the Broadway production of Let’s Face It! had succeeded chiefly on the strength of its star-making lead performance by Danny Kaye (his successor in the role, José Ferrer, only managed to keep the show open for an additional month…
Read more 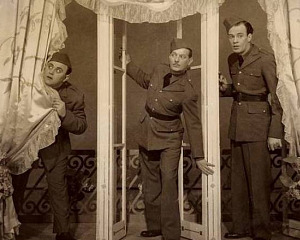 By the time that the show commenced its Melbourne season there had been a number of cast changes (with Marjorie Gordon replacing Yvonne Banvard, Douglas Stark replacing Ron Beck and Natalie Raine substituting for Joy Youlden for the first few performances;…
Read more Let’s Face It! enjoyed a far more successful career in Britain than it had in Australia. Following a five month pre-London tour, which commenced at the Palace Theatre, Manchester, on 22 June 1942, the musical played for a further seven months at the London…
Read more